The mailman brought me my Christmas present one day early. :) Today, I got the Julep New Year’s Mystery Box!

As always, I got my money’s worth but I won’t say it’s the best one I’ve ever received. I got a lot of polishes, but most were dupes. I guess that’s  the problem with being a long-time maven who buys lots of add-ons. :)

Everything was inside their tote bag: 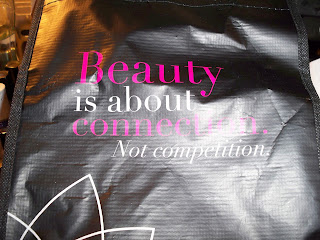 Here is a shot of the whole lot (minus the tote). As you can see, the value is worth way more than the $21 I paid for it. 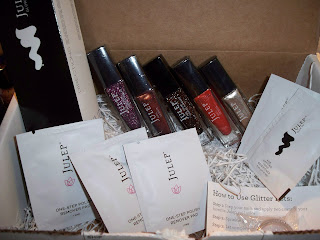 A few samples of their remover pads, hand scrub, and hand lotion. 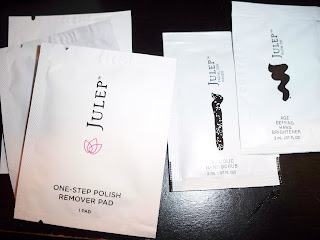 I LOVE their hand-brightening lotion. This stuff is amazing and I’m very pleased that I received a second full sized tube. (I received another one in a past mystery box and I fell in love.) 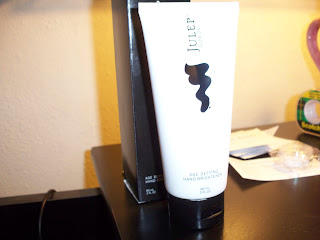 I received 5 polishes. Three of them were dupes for me so I just added them to the Christmas present for my sister-in-law. What a lucky girl! ;) 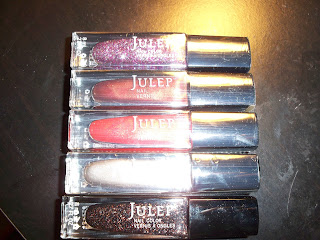 Chelsea: A purple glitter. This is the third bottle of Chelsea I’ve received. Good thing she’s such a pretty girl! 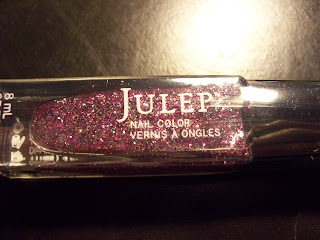 Boris & Nicole. Another dupe. I received my fist bottle in the Halloween Maven boxes. 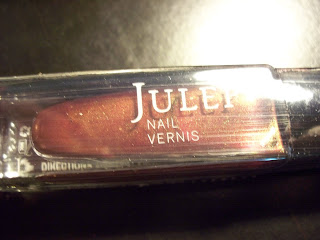 Mischa. Another dupe. This was in one of the summer Maven boxes. It’s a really pretty orange/red shimmer. 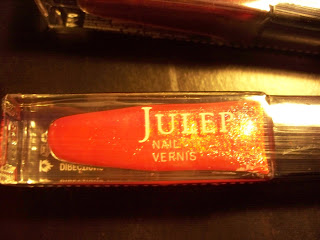 The first new polish: Sienna. This was in a previous Maven box; just not one I personally received. She looks like a metallic/shimmer neutral. I’d call it beige or possible super light brown. She looks pretty! 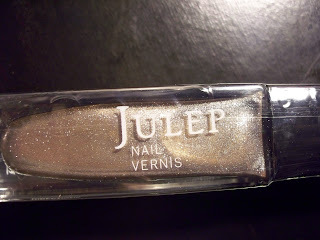 Lastly, as promised, Julep included a never-before-seen glitter. They forgot to name her!!! It looks gorgeous, though. Despite the lack of a name. Maybe they’re planning a contest or something? 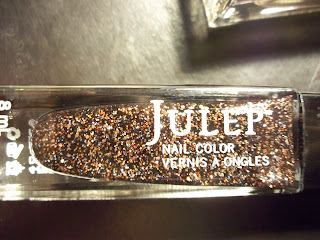 And last, but not least, I received a glitter pot with easy to follow instructions. I’ve really been into glitter lately so this will be fun! 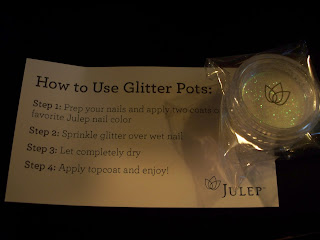 If you’re interested in becoming a Julep Maven and receiving their monthly boxes, please use my referral link: http://www.julep.com/rewardsref/index/refer/id/9527/

Blogging about makeup, dogs, and mostly NAIL POLISH! View all posts by Anne

Smudge proof, ALL DAY Lipstick! Click play to be amazed! Shop at bettysbeautybazaar.com